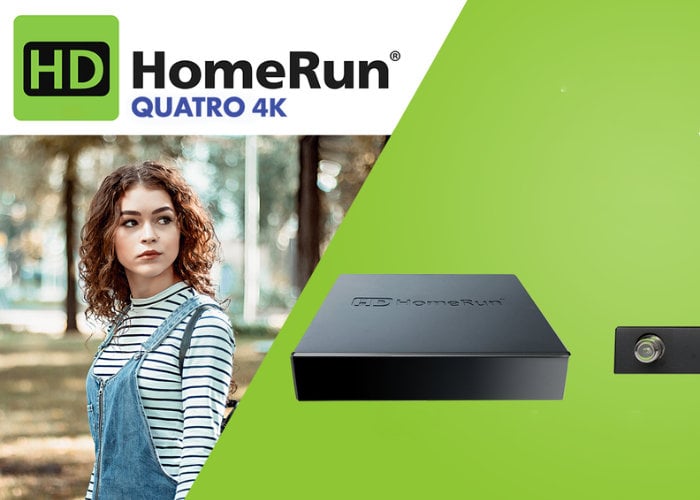 A new piece of hardware has been launched by Kickstarter this month, which has already raised over $200,000 thanks to over 1000 backers with still 29 days remaining on its campaign. The HDHomeRun ATSC 3.0 enables you to easily upgrade your home entertainment system to receive every free channel available in your area.

Equipped with four TV tuners capable of receiving ATSC 1.0 and 2 of those tuners pick up the new Ultra High Definition ATSC 3.0 broadcasts, the HDHomeRun QUATRO 4K (HDHR5-4K)will also be able to watch up to 4 ATSC 3.0 sub-channels across the 2 ATSC 3.0 tuners, all in high definition in the near future, say it’s creators.

Designed for both home users and developers theHDHomeRun QUATRO 4Khas a wide range of features and firmware options. “The HDHR5-4K DEV model has additional features for development and tinkering if you want to do more than watch TV. Only useful for developers. The DEV firmware supports the following formats transferred with a simple curl/wget command (no software required):

For more information jump over to the official Kickstarter crowdfunding campaign page where early bird pledges are available from $199 with worldwide delivery expected to take place during July 2020.