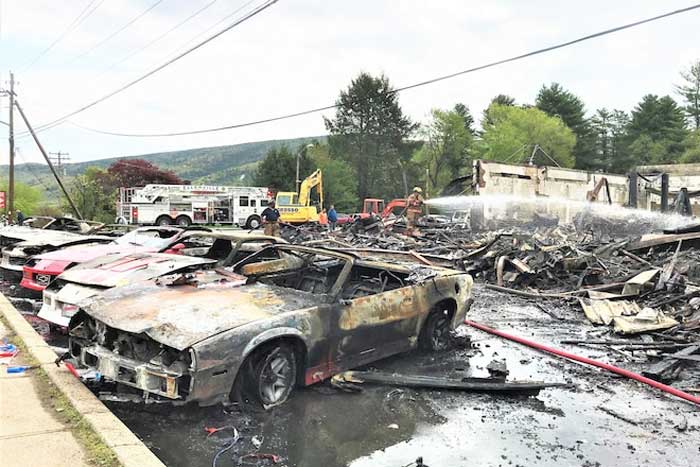 Whether you are a Chevy fan or not, it’s sad to hear that a bunch of vintage cars went up in flames. A massive fire broke out on the set of an HBO miniseries that was filming Ellenville, New York recently. The fire started on the set of the series that was a used-car dealership.

No people were hurt in the blaze, but HBO reportedly lost some camera equipment, and multiple vintage vehicles were lost. The vintage cars were various Chevrolet Camaro and Corvette models from the ’90s.

Reports indicate about a dozen vehicles were destroyed. Damages are expected to reach into the millions of dollars range.