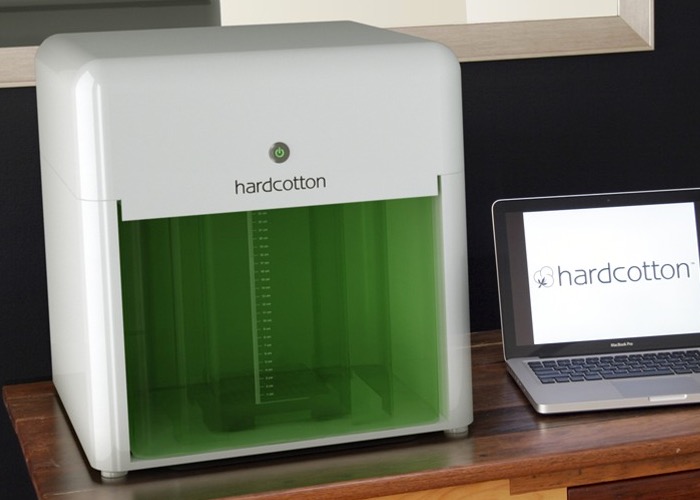 As announced earlier this year Hardcotton has this week launched a Kickstarter campaign for their new Elemental SLA 3D Printer, which is the worlds first 3D printer to be pressure controlled.

Features of the Hardcotton Elemental SLA 3D Printer include a build volume measuring 200 x 200 x 200mm in size and is capable of a 1 micron Z-Accuracy and a 24-bit XY control resolution using a 405nm laser.

“Unlike traditional methods of 3D printing that rely upon a mechanical process to move a build platform away from the source of print production after each layer is printed, Elemental uses patent pending pressure control technology to prints objects by increasing the volume of resin above the build platform.

By utilising pressure controls in Elemental’s custom designed vat during the printing process, Elemental’s laser system can cure a layer of resin accurately, quickly and quietly. The first layer is cured onto the surface of the removable build platform in the centre of the vat.

The pressure control system then allows the flow of material from one of the control chambers into the build chamber, increasing the level of the resin by a certain, precise and extremely fine amount. The laser system then sets about curing the next layer of resin to further create the object. The process is repeated until the object is produced.

For more information on the new SLA 3D Printer created by Hardcotton jump over to the Kickstarter website for details and full specifications via the link below.