We tend to use the word epic a lot today for different things that are well beyond the standard realm of cool. The new joystick system for flight simulation fans that Thrustmaster has pulled the wraps off of today definitely deserves the epic title.

The new joystick is called the HOTAS Warthog and epic may be an understatement. The thing is modeled to look exactly like the joystick and throttle from the awesome A-10C Warthog combat aircraft. You know the jet; it’s built around the massive rotating barrel cannon of oblivion. The joystick and throttle are each constructed of mostly metal parts and have metal bases that can be screwed to your desk to keep them from moving during dogfights. 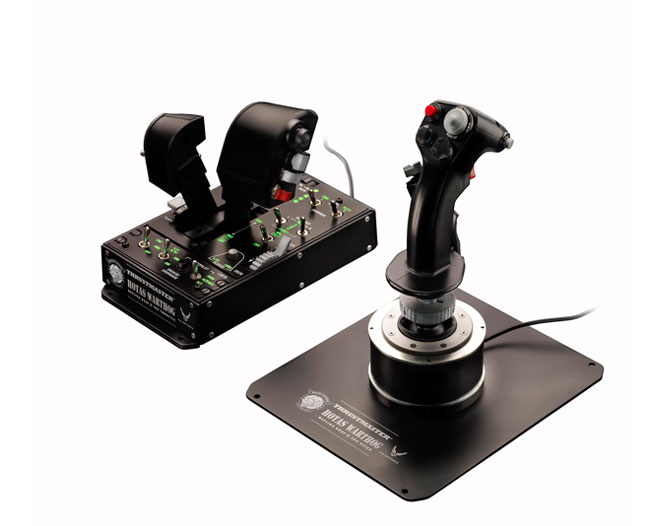 The controller has 55 programmable buttons total along with a pair of 4-way hat switches. Those hat switches have push buttons integrated into them, which is a first for the market. The Warthog is so cool you might be waiting for the other show to drop, so here it is, the thing will sell for $499.99 when it land in stores at the end of the month.