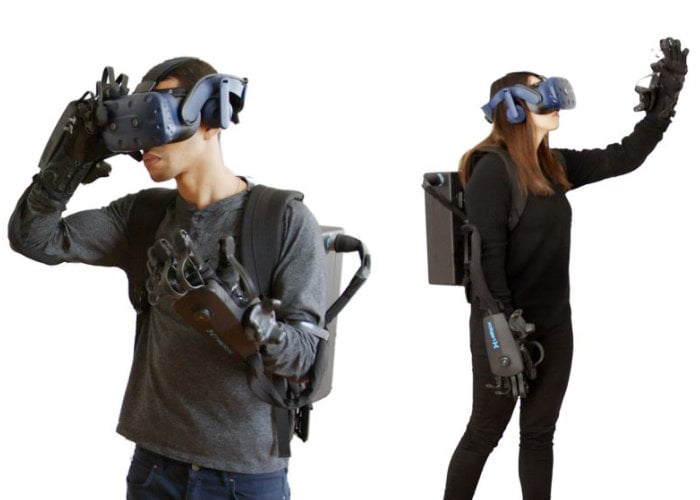 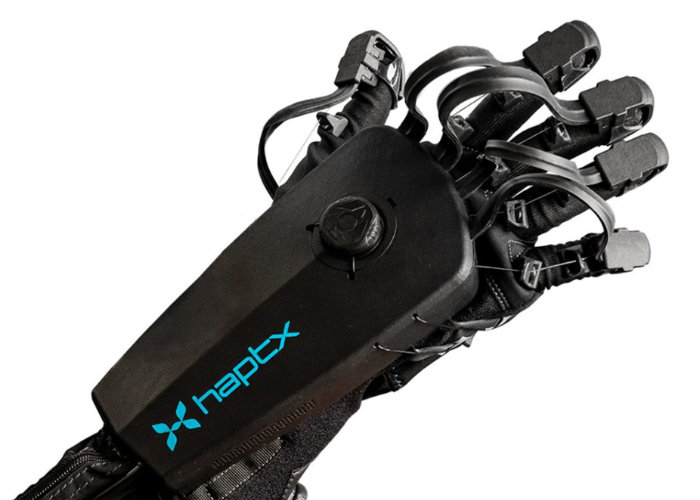 “The world’s most advanced haptic feedback gloves just got a huge upgrade! HaptX Gloves DK2 achieves a level of realism that other haptic devices can’t match. Whether you’re training your workforce, designing a new product, or controlling robots from a distance, HaptX Gloves make it feel real.”

The patented technology within the gloves displaces your skin the same way an object would in real life, achieving a level of realism not currently available from other haptic devices, says HaptX. The lightweight exotendons apply up to 40 lbs. (175 N) of resistive force per hand, nearly double the strength of other force feedback gloves. While the magnetic motion capture system tracks your hands in 30 DoF per hand with sub-millimeter precision with no occlusion or perceivable latency.

“They’re the only gloves with true-contact haptics, with patented technology that displace your skin the same way a real object would. With 133 points of tactile feedback per hand, for full palm and fingertip coverage.”

Jump over to the official HaptX website to learn more about the haptic Gloves, Which are now available to purchase worldwide.

“HaptX Gloves DK2 feature the industry’s most powerful force feedback, ~2X the strength of other force feedback gloves. They’re also the most accurate motion tracking gloves, with 30 tracked degrees of freedom, sub-millimeter precision, no perceivable latency, and no occlusion.”