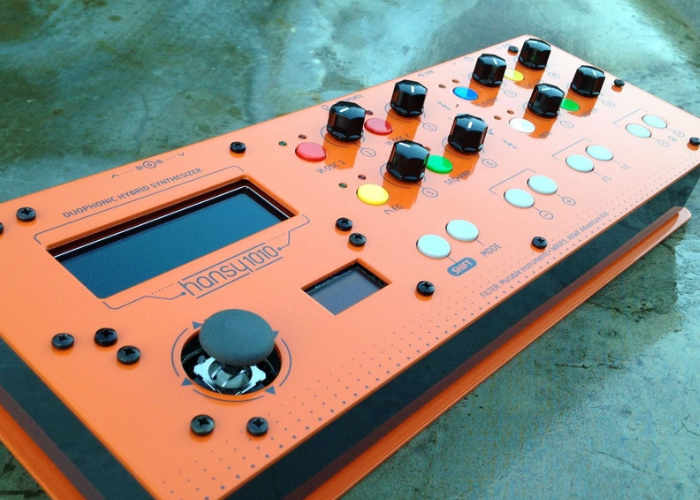 Musician and developer Lacaud Gilles based in Grenoble, France has created a new “digital brain with an analogue heart” taking the form of the HANSY1010 is a Hybrid Mono, Duophonic Synthesiser. The HANSY1010 synthesiser has been launched by Kickstarter this month and is available to back from €60 via the Kickstarter website with shipping expected to take place during May 2018 if all goes well. Check out the demonstration video below to learn more unique synthesiser.

Lacaud explains more about the design and features of the HANSY1010.

The HANS1010 is a Hybrid synthesizer with some great features. The HANSY1010 can produce some warm analog sounds but also digital sounds. It has a 24 steps sequencer and an arpegiator. You can imagine a lot of sounds with it. The HANSY1010 use a variable sample frequency technology to have great sound even on higher notes. The HANSY1010 can produce basic waveforms like the SAW/SINE/TRI/SQUARE/PMW…but also some special Waves like the MKS,PRO2,PSAW,SAWSQUARE,TRISQUARE…For all these waves you have 2 waveshapping parameters to create more and more waves. So with a simple SINE you can do a lot of sounds.

Features of the Synthesizer HANSY1010 :

For more details jump over to the official Kickstarter campaign page by following the link below.