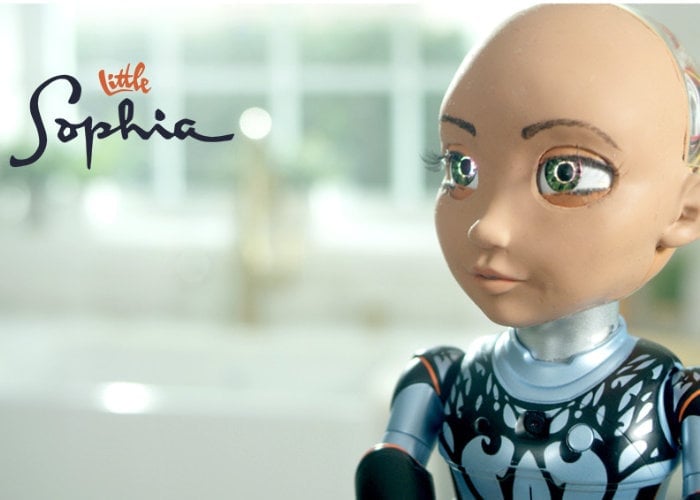 Hanson Robotics has launched a new toy robot aimed at children named Little Sophia, which has been created by utilising technology from its larger humanoid robot Sofia. Watch the demonstration video below to learn more about the smaller 14 inch robot and its features. Which can be used to help children from the age of 7 to 13 learn more about coding, STEM and artificial intelligence.

Launched via Kickstarter this week early bird pledges are now available from $99 or roughly £75 and worldwide deliveries expected to take place during December 2019. The development team responsible for creating Little Sophia comprised of engineers, scientists, roboticists, toy makers, character developers, designers and AI experts, many of whom helped design and build the larger “Sophia the Robot”. 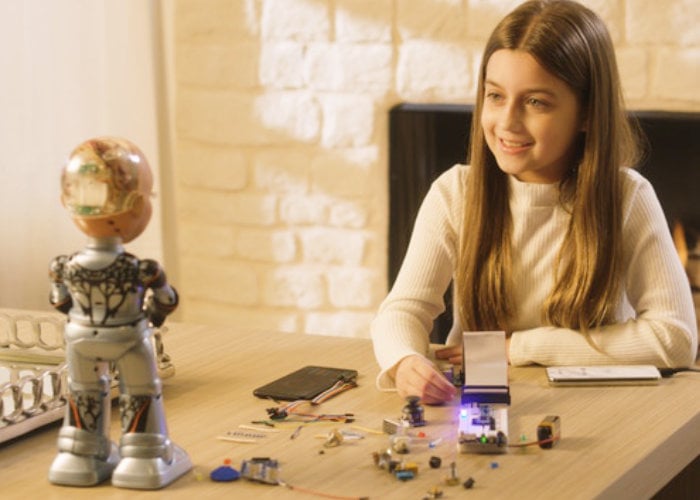 “Little Sophia is the little sister of Sophia and the newest member of the Hanson Robotics family. Little Sophia can walk, talk, sing, play games and, like her big sister, tell jokes. With Little Sophia’s software, and included tutorials through Hanson’s AI Academy, she is a unique programmable, educational companion for kids, inspiring children to learn through a safe, interactive, human-robot experience. Kids, educators and even Sophia the Robot fans, regardless of age, will find Little Sophia irresistible! “

The tiny robot is capable of facial expressions, interacting with users via chat, has facial tracking and recognition technology incorporated and is capable of telling stories, jokes and playing games. The small robot can also walk and be easily programmed using Python and Blockly. “Little Sophia has the same endearing personality as Sophia the Robot. She is intensely curious, refreshingly innocent, and uniquely playful.”

Little Sophia comes complete with its own companion application available for both iOS and Android devices and is a wirelessly enabled device. Let’s hope it’s creators have installed plenty of security to stop any unwanted third party access to its electronics. For more information jump over to the official Kickstarter crowdfunding campaign page by following the link below.