The SMS integration will work on any Android handset running Android 4.0 Ice Cream Sandwich or higher. Additionally, you can also import your existing conversations when you decide to switch, as well as group texts and emoji support between iPhone and Android. 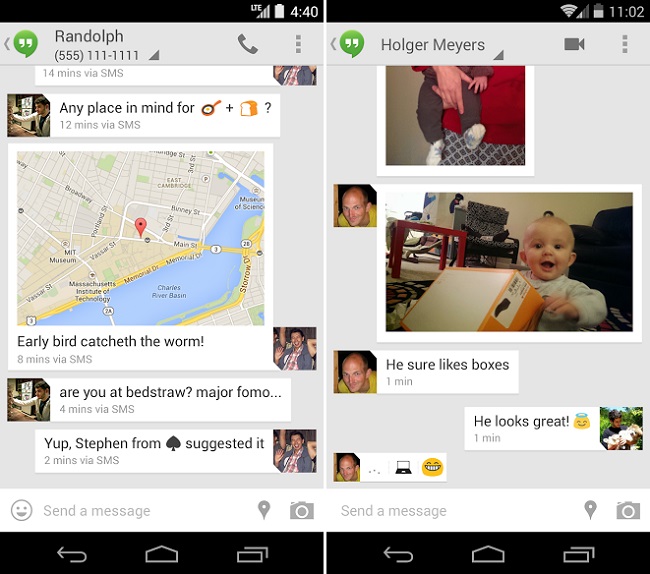 The new Google Hangouts v2 brings several interesting features at the table including animated GIFs support allowing users to send and receive GIFs, even the Auto Awesome animated photos made using Google+, locations sharing and set your statuses allowing users to share information such as which device they are using or your current mood.

The new update also give users the ability to upload photos directly from Google Drive and several other improvements. The new application will be pre-installed in Google Nexus 5, and will be rolled out in the Google Play Store in the coming weeks.

We’ll update you as soon as it’s available in the Play Store.