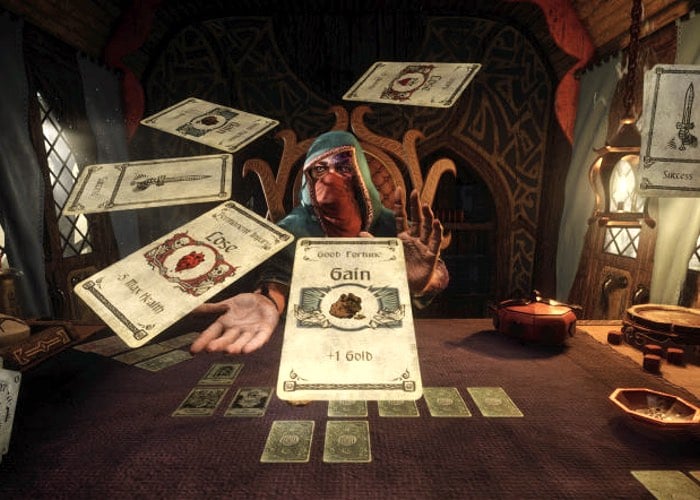 Game studio Defiant Development has this week announced the upcoming launch of their new Hand of Fate 2 game that will be launching on PC, Mac and Linux systems. The development team also released an official announcement teaser trailer which you can view below.

Defiant Development is hoping to launch the new Hand of Fate 2 game sometime during Q1 2017, and although the new game has been announced for computer systems, no details have been divulged as yet whether the game will be available on consoles.

The original Hand of Fate was launched back in February 2015 and was available to play on both next-generation consoles and computer systems providing a unique action role-playing game, during which players takes on the role of a nameless hero that meets a strange dealer in a “cabin at the end of the world”. During the game the dealer narrates the players adventures dealing game cards that provide players with penalties, rewards and more. The dealer is also the primary antagonist for the game.

As more details are announced about a possible launch on next-generation consoles we will keep you updated as always. In the mean time for more information on the new Hand of Fate 2 jump over to the Kotaku website for extensive details, screen shots as well as details about its gameplay and an interview with the Hand of Fate 2 developers.