We have featured quite a few different Star Wars themed cakes on Geeky Gadgets, from the fun Death Star cake, to the cool Star Wars Jawa cake, the latest one is definitely the coolest we have seen so far, the Han Solo in carbonite cake. 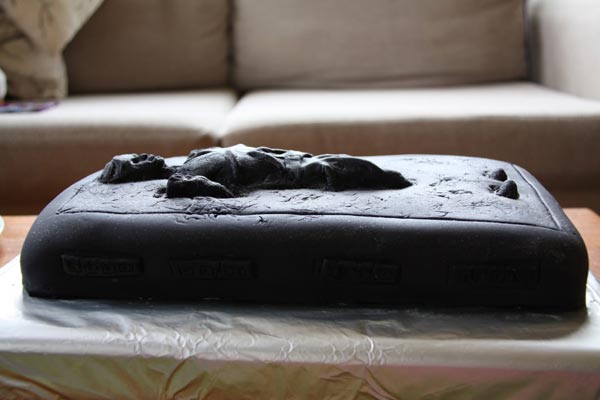 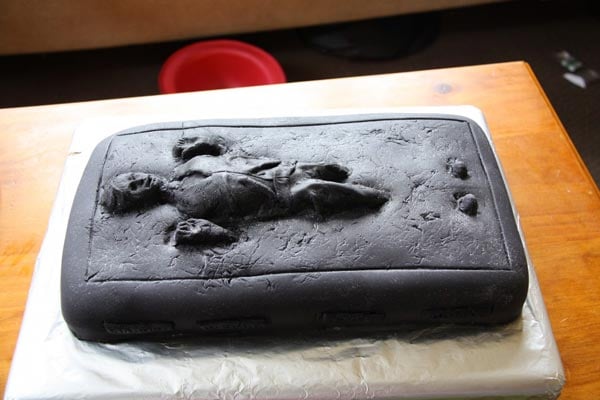 I must say that although I did see the Star Wars movies as a child, when Dan requested a Han Solo frozen in carbonite cake for his birthday, I didn’t really know what I was letting myself in for!  Here is the original from the movie for those of you who, like me, may not be able to instantly recall what it looks like.  The cake is hardly an exact replica and lots of things went wrong but Dan was happy enough!

This cool Star Wars cake was made by TicklyMoo for her husband Dan’s birthday, very cool !