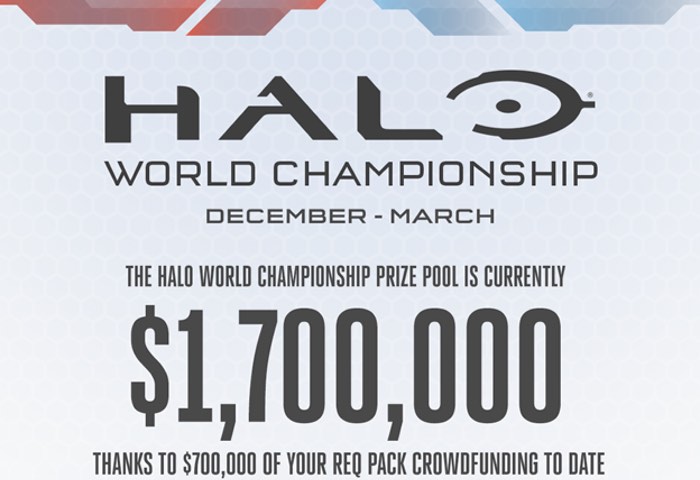 Xbox and 343 Industries today released more details about the Halo World Championship that will commence next month and offer gamers a starting prize pool of $1 million.

The competition is funded and is still growing thanks to the all-new Requisition System (REQ System) of Halo 5: Guardians. Currently the prize pool stands at 1.7 million and is growing on a daily basis.

Microsoft explains more over on the Major Nelson website.

Partnering with MLG, ESL and Gfinity, the Halo World Championship consists of online and in-person live events that will take place in U.S. and Canada, Europe along with the Middle East and Africa, Greater Asia, Latin America, and Australia and New Zealand. Key dates include:

For more information on the new Halo World Championship jump over to the official website for details.