A recent advertisement in the  German Xbox 360 dashboard, seems to suggest that the new Halo 4 map packs could be arriving as early as next month.

The advert revealed that the Crimson Pack is expected to arrive on 10th December 2012, the Majestic Pack for 25th February, and the Castle Pack on 1st April, that can be accessed via the The War Games Pass. 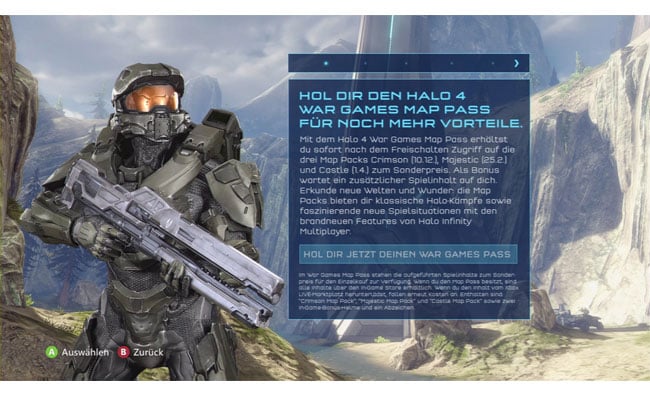 Update: Microsoft has confirmed the months to be accurate, if not the exact days. Here is its official response:

“Halo 4 War Games Map Packs will become available in December, February and April. The exact release dates are pending the production schedule for each map pack, but we look forward to sharing more details in due time.”  The War Games Pass retails for 2000 MS Points or £17 / $25.