Fans of the awesome Valve Half Life game be be surprised to learn that the game in now 15 years old. Wow how time flies. Even though Valve has teased a Half Life 3 version of the past years nothing have ever come to light. 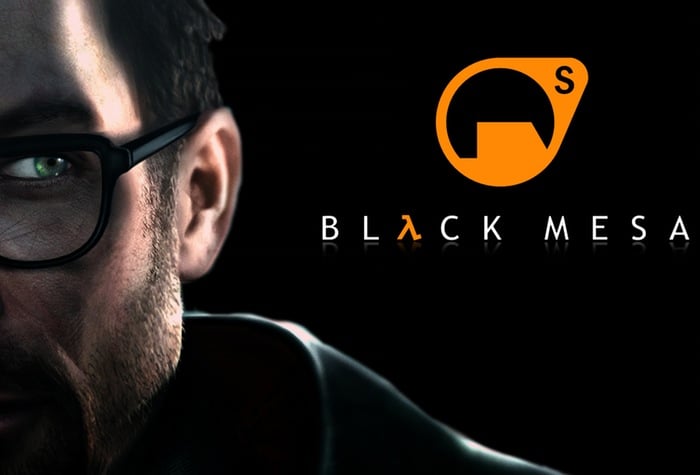 The new Premium Black Mesa version will be sold at a relatively low price say it developers, who will use the money to access the full Source engine and allow them to fix a few of the limitations within their game instead of working around them.

HAPPY 15TH BIRTHDAY HALF-LIFE! We here at Black Mesa have some big news!

The Big News:
Last year, Black Mesa was one of the first Steam games to be Greenlit by you, our amazing fans. We’ve had quite a year since then, with a lot happening internally that we haven’t been able to talk about… until now. Black Mesa has been given the opportunity to be sold as a retail product on Steam! This is an incredible honor – one we never expected – but also one we found hard to accept.

We never developed Black Mesa with money in mind. Our team is made up of average, hardworking people, and no one joined the team to make money. For us, Black Mesa is purely a labor of love. We believe this philosophy has significantly contributed to the overall quality and feel of the game.

Our decision to sell Black Mesa rests on two key points. One is we believe we can make the game even better by having full access to the Source engine. This lets us tackle and fix limitations instead of working around them. The second is because frankly, our team could really use the financial help.

The Plan:
Soon you’ll see Black Mesa available on Steam for a relatively low price. But we aren’t dropping all support for the free version. In fact shortly after the Steam release there will be a completely new free version of the game. We also plan to open source our maps and some game assets to the modding community!

Purchasing the Steam version of Black Mesa is more about supporting the team and our efforts than anything else. However, the Steam version will include features that the free version simply can not have. We will be paying careful attention to feedback, and you’ll have a very real say in how the final game turns out.

Long-Term Plans and Xen:
We’ve been overwhelmed by fan anticipation for Xen, and we’re excited so many people are eager to conclude the game. To be totally honest however, Xen is still a ways off. Over the past year, we have spent a HUGE amount of time porting the game to a new engine and fixing hundreds of bugs. The work to port to the new engine was not because of the decision to go retail, this was work that had to be done to get Black Mesa onto Steam and support our future plans.

So, please be patient with us as we work to make Xen a stunning and worthy conclusion to Black Mesa. Until Xen is completed, we have multiple interesting additions planned for the Steam version of Black Mesa, which we will announce later on down the road.

Thanks,
The Black Mesa Dev Team