Half Life fans are sure to enjoy this addition to their homes in the form of a Half-Life Barnacle. Inn the Half Life game the Barnacle (Cirripedia donaldsonia) is the lovely stationary ceiling-dwelling alien, notable for its unique method of catching prey using its sticky “tongue”.

This life size Barnacle ceiling lamp of the alien from the Half Life game has been recreated by German artist Daniel Ritthanondh. Who has also created other household items such as his Half Life lamp. 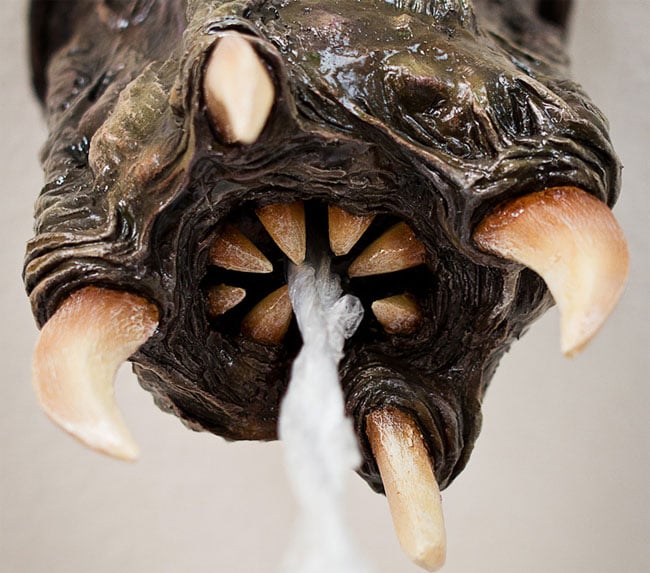 “Barnacles are relatively weak; 5 shots from a 9mm pistol will kill them. They are most easily dispatched from a distance, although players who become ensnared are usually able to kill them before being consumed. The Barnacles are weak against the crowbar, which in both games, kills them in a single hit (except in Half-Life: Day One, where four hits are required, which will be fatal for the player).”