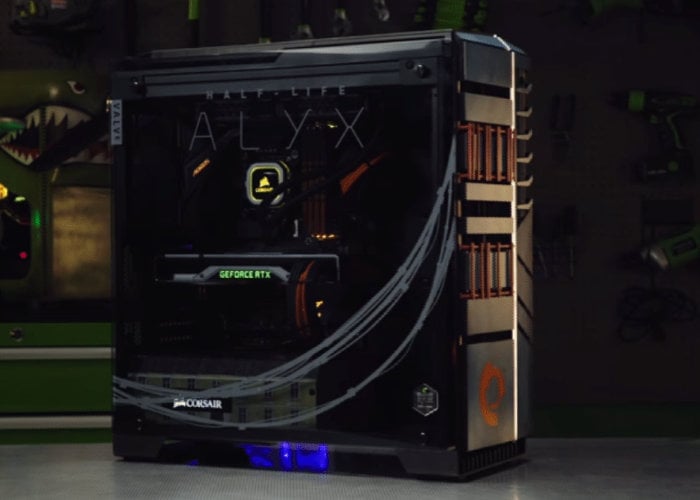 If you are considering upgrading or building a new PC system, a new Half-Life Alyx PC system created by the GeForce Garage team is worth checking out for inspiration on what can be done using standard PC chassis is in the way of customisation using extra components and vinyl stickers. Check out the video below during which the team creates a unique Half-Life Alyx PC system equipped with the following hardware.

“We haven’t done a VR build since the 1080 Ti-powered mobile rig ! With the release of Half-Life: Alyx, we thought this would be the perfect opportunity to revisit VR and upgrade to the 20-series. Take a look at what Andres Reza and Dwight put together!”

“High-end machines built by specialist PC manufacturers are examples of stunning engineering and expert craftsmanship. However, there is no substitute for the sense of pride and satisfaction that comes from designing and building your very own gaming PC machine from the bottom up, assembled from parts you selected according to your needs and desires.

For those of us with no experience, it seems like a daunting task to build a powerful gaming PC rig. That’s why we created GeForce Garage, a resource center that will guide you through the process, whether you’re a DIY beginner or seasoned vet.”