Those wacky Japanese folks like some strange stuff, or at least strange by my American standards. If you have ever run across some of their game shows, you know exactly what I mean. The Japanese also have a strong affection for robots and animation making Gundam huge over there.

Gundam fans should get ready to wet themselves a little. Sharp is getting a new mobile phone ready for this summer for the Softbank network in Japan. The mobile device is a Gundam phone with 12-megapixel camera and an OLED screen called the Gunpla. 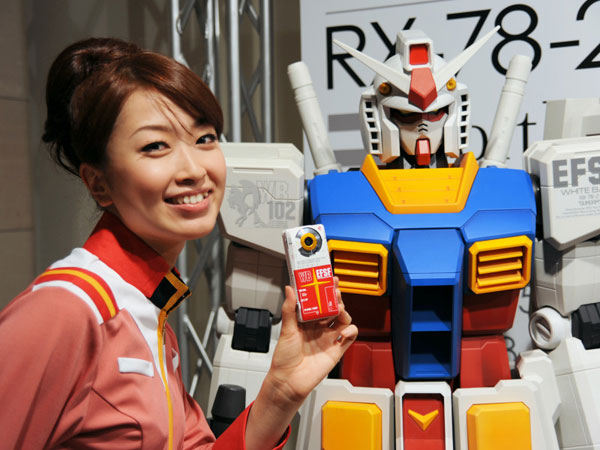 The phone can be decorated with stickers to make it look like the Gundam robot, but that isn’t the cool part. The Gunpla phone comes with a Gundam 1/100 scale model kit that acts as the phones dock. Yep, I told you Gundam fans you would wet yourself; the thing is only going to be for Japan though.