There are a number of ways to run the Windows version of Gulid Wars 2 on your Mac, but mac users might be interested to learn that a native Guild Wars 2 client has now been released in a beta version.

The new Guild Wars 2 beta release for Mac is the first time the franchise has moved away from Windows, and anyone who has already purchased the Windows version of the game now has free access to the Mac version as well. 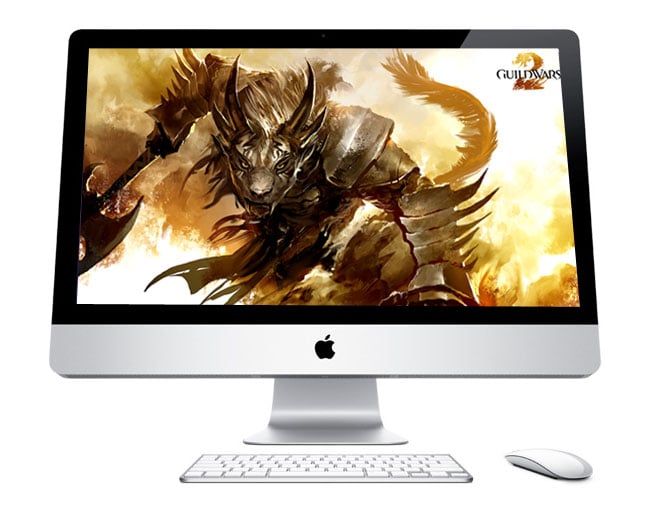 The new Mac Guild Wars 2 client has been developed in partnership with Transgaming, who’s technology has helped the likes of Eve Online and others to port games to the Mac environment. ArenaNet explains

“Bringing Guild Wars 2 to the Mac is huge for us, because it introduces the game to an entire group of players who are often ignored by game developers,”-“The ability to play together with your friends is one of the underlying principles of Guild Wars 2, and providing a Mac client means that friends and guildmates can play together regardless of what operating system they favor.”