Grand Theft Auto fans are sure to enjoy this preview of GTA 4 virtual reality setup which combines an Oculus Rift virtual reality headset, Virtualizer motion sensor and Wii remote, to create a very immersive experience for players that also looks like it will give you a good work out as well.

The game system has been created to enable players to be totally immured in the GTA 4 game and its creator explains “I totally forgot reality and my mind was in Liberty City.” Watch the video after the jump to learn more about the GTA 4 virtual reality gaming project and see it in action. 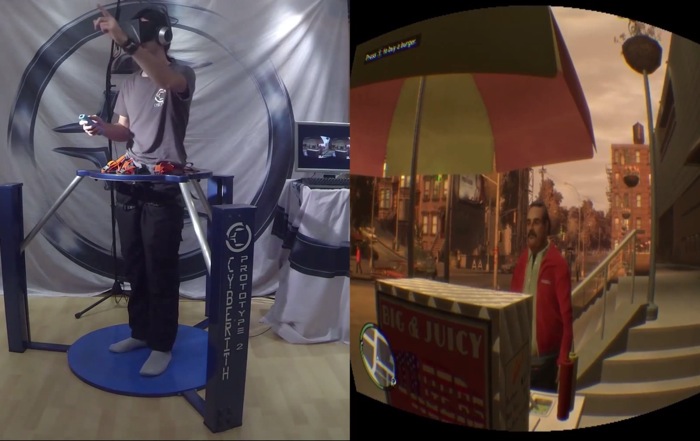 “In this video, you see me in GTA 4 VR with the Virtualizer, the Oculus Rift and a Wii mote. I totally forgot reality and my mind was in Liberty City. I also show the sitting function of the Virtualizer in this video. You can adjust it to your body height and use it while driving a car or a tank, sitting in a helicopter or other vehicles. You can also use it to rest a while when you are exhausted of escaping from the cops hehe. “

Seeing GTA 4 again just shows how far Rockstar have pushed their new game with the release of the new Grand Theft Auto 5 game which took the world by storm and blasted past previous game sale records just shortly after launch.