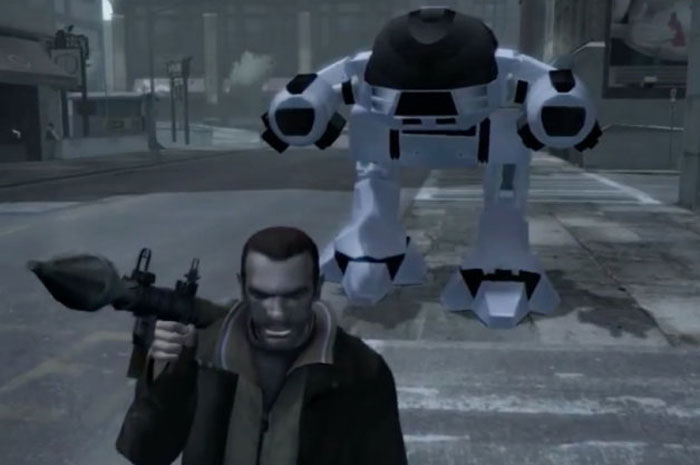 Anyone who grew up in the 80s will remember the original RoboCop film. The movie was cheesy, but it was cheesy in an awesome way. After the first two films in the franchise the quality went down massively, but the films are still some of the coolest 80s cinema out there. Fans of GTA IV have a new mod that will bring something cool from the original RoboCop film to the game.

The RoboCop mod adds a virtual ED-209 to the game. Players can do all sorts of things with the rampaging robot. ED-209 can be a bodyguard for you character to keep the police off your back while you kill, steal, and blow stuff up around the city. Perhaps the coolest part of the mod is that you can directly control ED-209.

That means you can deal some swift robotic payback to the hoards of cops following you when your wanted level is high. The geek behind the mod is called JulioNIB and he hopes to bring this mod to GTA V in the future. I wish he would flesh out the mod with a RoboCop skin for the player character and other items from the film.