Check out this cool concept from designer Ji-hoon Kim, the OSP Robot. 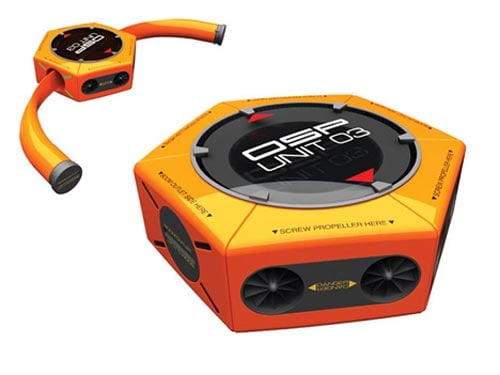 The OSP Robot is designed to deal with oil spills at sea and we all know how devastating they can be to the environment. 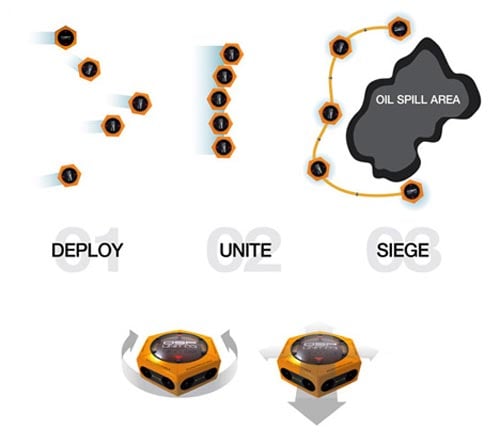 The idea is that the robots are deployed quickly and they connect together and form and inflatable barrier around the oil spill, stopping it from spreading further. 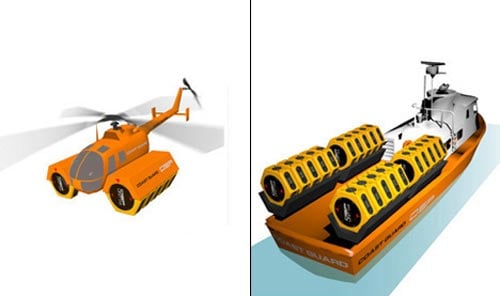 The OSP robots can be deployed by a helicopter or a boat and work together to encase the oil spill so that it can be removed by a clean up crew quickly without it doing further damage to the sea and the surrounding coastline. 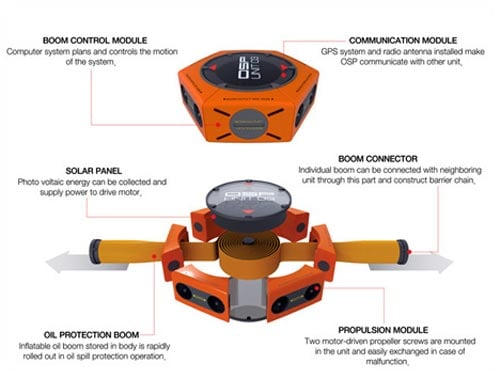 This is a great concept and I am sure it won’t be too long before we see something along these lines being used.