If you are a Gran Turismo fan and are looking for a new set of threads to show your GT allegiance. You might be pleased to know Gran Turismo are now following in line with other games such as Metal Gear Solid who have open online clothing website for their gaming fans.

Gran Turismo have now launched their very own online Boutique selling Endurance Jackets, T-shirts and other clothing emblazoned with the GT logo. T-Shirts start at a reasonable $24.99 with Jackets rising to $199 with the series logo embroidered across the back. 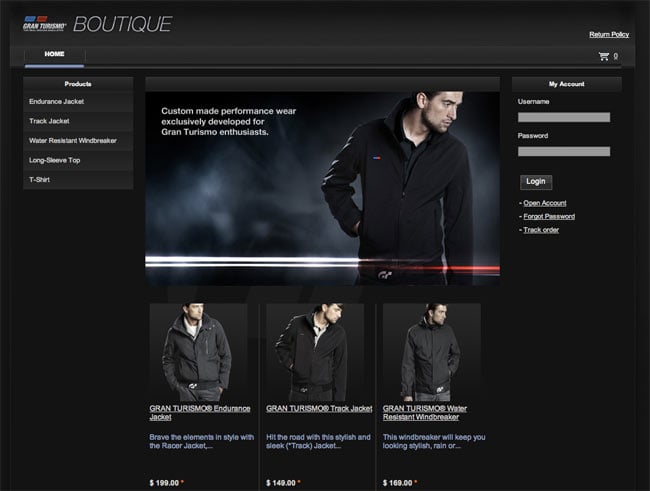 Gran Turismo was developed by Polyphony Digital and first published by Sony Computer Entertainment in 1997 for the PlayStation video game console. You can checkout the wears here. 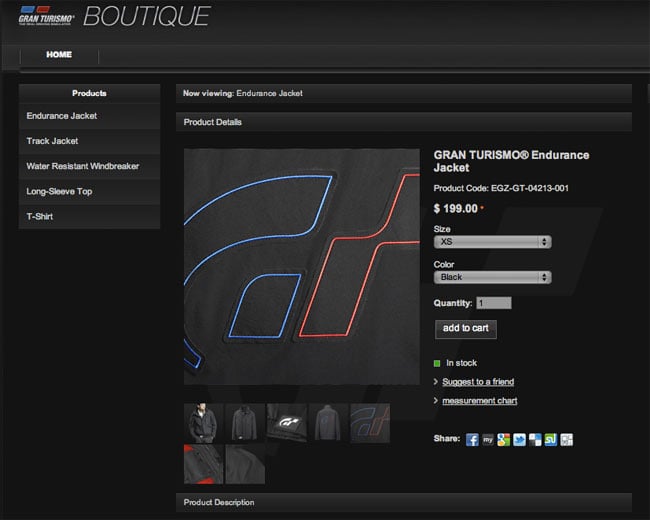