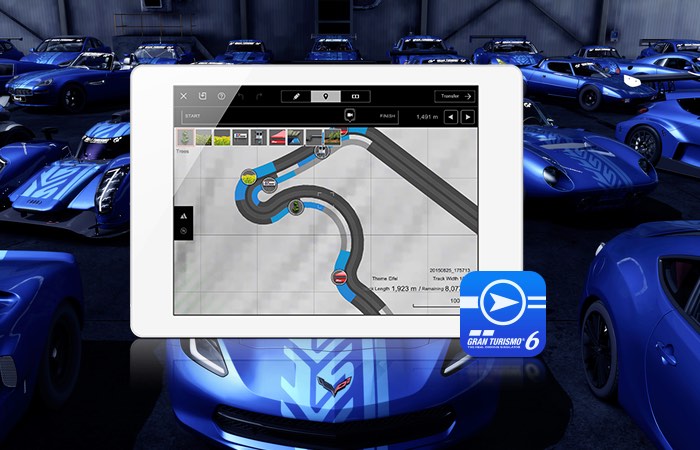 A new update and application has been released for the latest Gran Turismo 6 racing game. Bringing with it a wealth of new additions including the enhancement of certain engine noises, penalties have now been disabled in “Free Run” mode, as well as the removal of the GT Academy 2015 now that the Online Qualifier period has ended.

To coincide with the new update a Gran Turismo 6 application has been launched for both iOS and Android devices in the form of the GT6 Track Path Editor. The Editor app allows users to create racetracks directly from their tablet devices with a new feature rolled out in the update that has added an import option under the Tools section within the game.

Using the GT6 Track Path Editor app users can create a track by selecting from four different themes, and also enable the track to be used in either Free Run, Arcade Mode, Open Lobby and in the Community area. Check out the video below to see what is possible using the new Track Path Editor for Gran Turismo 6 :