Checkout this pocket games emulator which not only plays MAME games are also Amiga, Commodore 64, and even Sega Genesis and SNES. If that’s not enough the GP2X Wiz Pocket Console Game Emulator can also play MPEG4,Divx and Xvid video files. 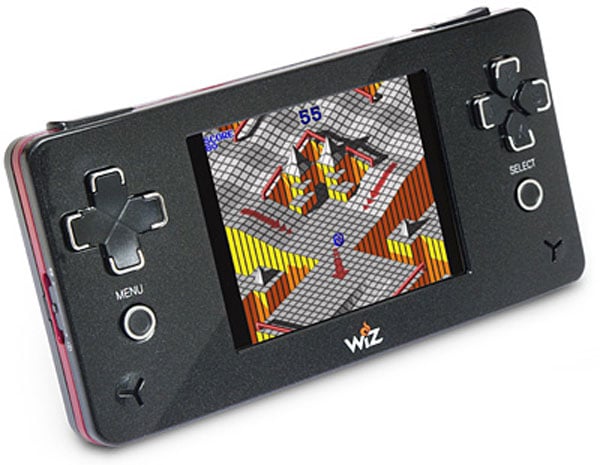 It also has a built in e-book reader, calendar and voice recorder together with all your standard apps to boot. Its internal 1GB can be increased using SD cards. Check out the video after the break.

However be warned the Wiz does not come with any emulator software or game roms pre-installed. Out of the box you can play some built in Flash games, but that’s it. You’ll need to download the freeware emulator for the console or computer system you want to emulate. Then you’ll need to unzip the emulator software, and copy it to an SD card along with some game roms you’ve downloaded. Then start-up the Wiz, go into the “launcher” option and run the emulator.

Inside the emulator you’ll choose the rom you want to load and then the game can begin. Each emulator software interface is a bit different and most give you the option to overclock the Wiz to get the best performance. Remember you are running emulator software… most games work perfectly, but some may run slow or be glitchy. You may have to configure the controls to work well with the game you want to play. Documentation is not always the best, so you might need to put in a bit of effort to figure things out. If any of this scares you, then you may want to reconsider your purchase.

Available to purchase from Think Geek