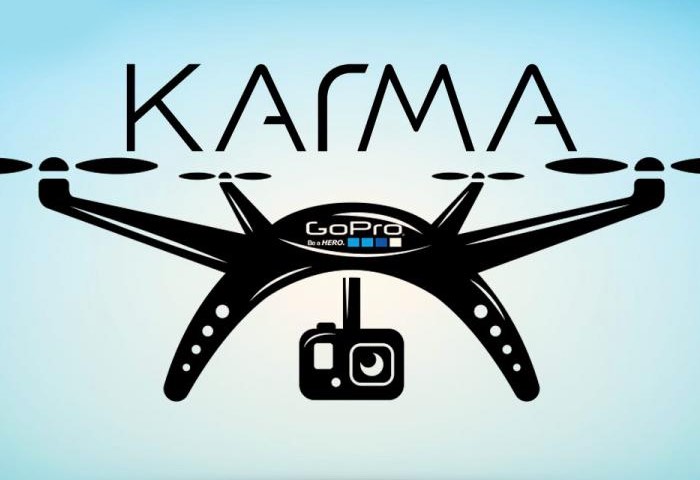 Those of you patiently waiting for the launch of the GoPro Karma Drone that was unveiled earlier this year, will be disappointed to learn the company has now announced that its launch has been delayed until later in the year.

The delay of the GoPro Karma Drone will now coincide more with the holiday season and was announced by GoPro CEO during the company’s First Quarter 2016 Results earlier this week.

Unfortunately GoPro has reported a loss of 60 cents per share on $169 million in sales, according to a Thomson Reuters consensus estimate. Compared with earnings of 24 cents per share and sales of $363.1 million last year. Nicholas Woodman, GoPro Founder and CEO explain more :

Consumer demand for GoPro remains solid. – Unit sell-thru was close to first quarter 2015 levels, a quarter which benefited from the launch of HERO4. Revenue exceeded our guide and, importantly, unit sell-thru rates were approximately 50 percent higher than sell-in which drove global inventory levels down. And while we had to make the difficult decision to delay our drone, Karma, the upside is that Karma’s launch should now benefit from the holidays.

For full details of the latest results from GoPro jump over to the official press release which has been published on the official GoPro website via the link below.