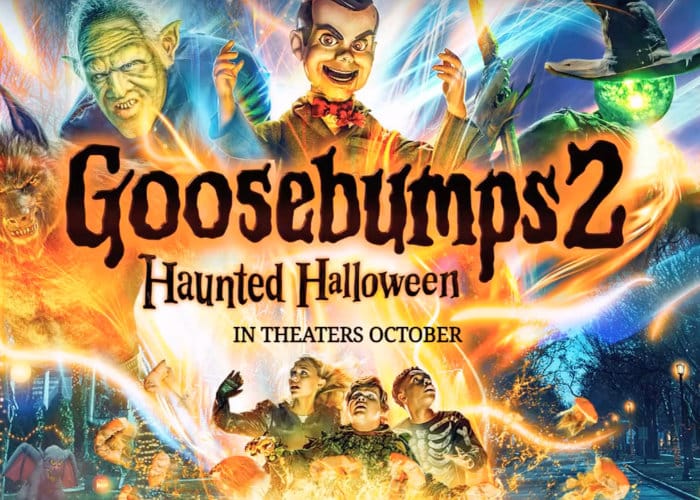 If you enjoy the Goosebumps children’s horror books or the original Goosebumps movie starring Jack Black. You may be pleased to know that a sequel has been unveiled this week in the form of the aptly named Goosebumps 2 Haunted Halloween. Offering another spooky adventure based on R.L. Stine’s 400-million-selling series of books, check out the trailer below to learn more about what you can expect from the second movie in the series.

Goosebumps 2 has been directed by Ari Sandel and written by Rob Lieber and stars Jack Black as the voice of Slappy with Jeremy Ray Taylor, Madison Iseman, Caleel Harris, and Ken Jeong joining the cast.

“In the small town of Wardenclyffe on Halloween Night, two boys named Sonny (Jeremy Ray Taylor) and Sam (Caleel Harris) find a manuscript in an abandoned house who was previously owned by R. L. Stine called “Haunted Halloween.” When they opened it, they unknowingly release Slappy (Jack Black) who plans to cause a Halloween Apocalypse with the help of his monster allies. Now Sonny and Sam alongside Sonny’s sister Sarah (Madison Iseman) must work to thwart Slappy’s plot before all is lost.”