Google [GOOG] has given confectionery code names to each of it’s Android releases and marked the occasion by placing a giant cake on it’s front lawn, previous versions have been called Android 1.5 (Cupcake), Android 1.6 (Donut), and the latest one Android 2.0 (Eclair), which Google has just placed on it’s front lawn. 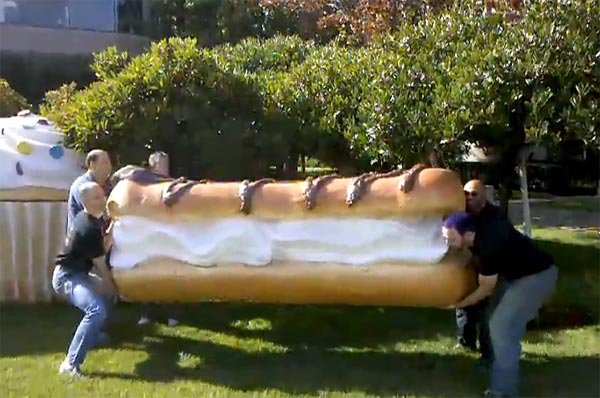 With the latest addition to Google’s confectionery collection, we are likely to see a new version of Android coming in the not to distant future, Google Android 2.0.

The last time when Google placed a Donut on their lawn, a new release of Android was out a few days later, check out the video below of the giant Google Android 2.0 Eclair.