Today Google has launched a new beta version of their free Google Web Designer tools which they have designed to help you create HTML 5 pages with ease.

Google Web Designer is still in its bets development stage but has been built to help create animated HTML5, with a robust, yet intuitive set of design tools allowing designers to view and edit the code behind your ideas. 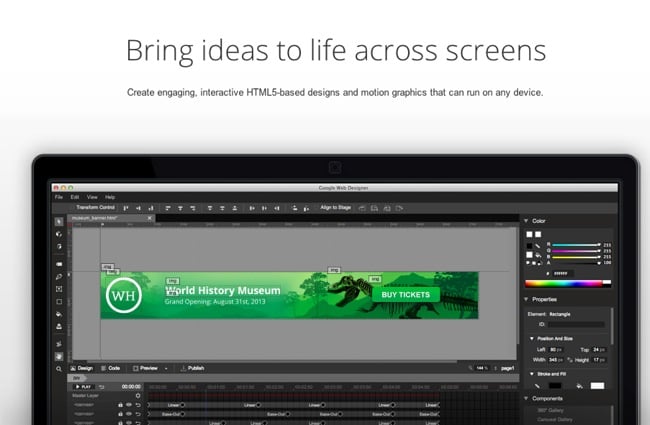 Google explains: “By now, it’s evident that multi-screen consumption is the way of the future; mobile and tablet devices are becoming consumers’ first screens, so the content that is developed needs to work seamlessly across these screens. There are already more end-users in HTML 5-compatible environments than there are in Flash-compatible environments, and HTML 5 ad spend is expected to overtake Flash spend within the next two years. But until recently, advertisers didn’t have the tools they needed to easily develop content fit for today’s cross-screen experiences.”

To learn more about the new Google Web Designer HTML 5 software jump over to the official website to download a free copy and start creating.