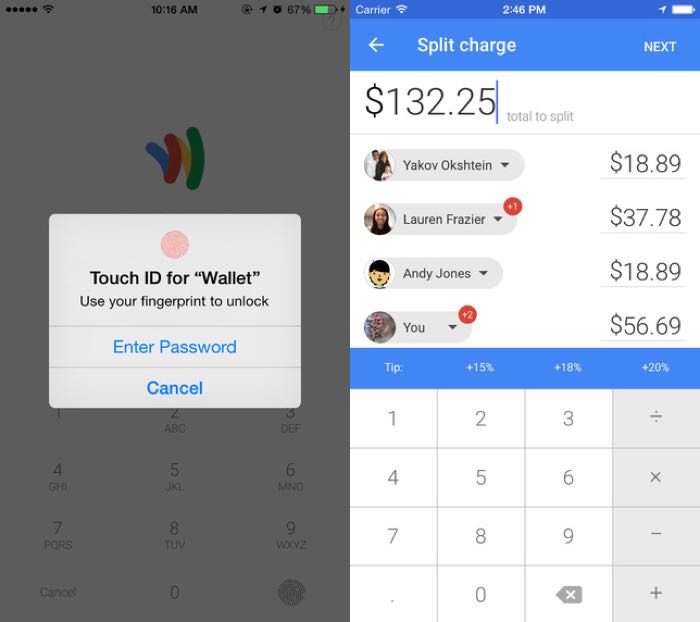 The update also brings a range of other features to Google Wallet on the iPhone and iPad, you can now split the cost of a transaction, which could be handy if you want to split a bill with your friends.

You can see a full list of what is included in the update below.

* Use Google Wallet to divide the cost of any transaction
* Set up Touch ID for secure and quick access to Google Wallet
* Access your loyalty cards and gift cards even when you’re offline
* Now supporting native screen resolution on iPhone 6 and iPhone 6+
* Fixed problem that was preventing some users from opening the application.

The latest version of Google Wallet is available as a free download from the iTunes app store at the link below.