Today the third annual Google Science Fair has launched and opened its doors, in partnership with CERN, the LEGO Group, National Geographic and Scientific American.

The Google Science Fair has been created to help find the next generation of scientists and engineers, and Google is inviting students ages 13-18 to participate in the largest online science competition. 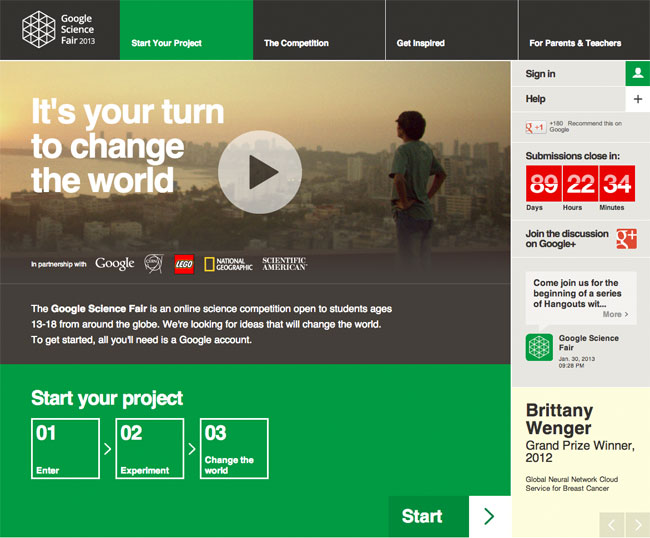 Students are able to submit their ideas, and hopefully change the world in the process, watch the video after the jump to learn more about the Google Science Fair project. Google explains a little more:

“For the past two years, thousands of students from more than 90 countries have submitted research projects that address some of the most challenging problems we face today. Previous winners tackled issues such as the early diagnosis of breast cancer, improving the experience of listening to music for people with hearing loss and cataloguing the ecosystem found in water. This year we hope to once again inspire scientific exploration among young people and receive even more entries for our third competition.”

For more information on the new Google Science Fair jump over to the Google website for details.