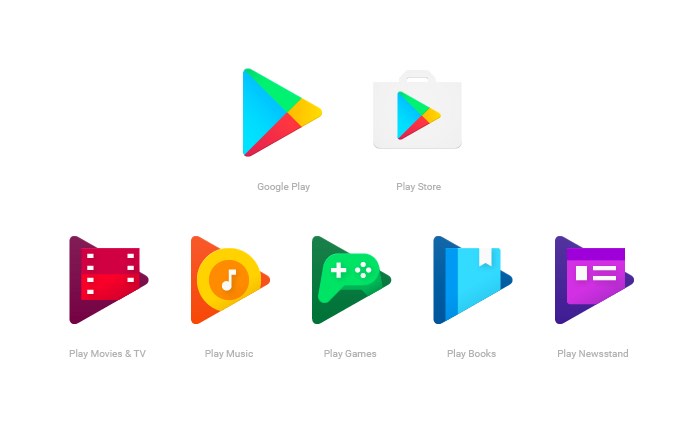 Google has today unveiled a new redesign of their Google Play App Icons which have taken the icons to a more streamlined and triangular design which are now a little more uniform and have been created using a vibrant set of colours.

The new Google Play icons will start rolling out to Android devices in the coming weeks says Google allowing you to easily recognise the range of different applications from your smartphone or tablet screens.

Google explains a little more about the redesign over on the official Android Blog website:

Whether you like watching Despicable Me on Google Play Movies & TV, streaming “Sorry” on Play Music, battling your friend in Clash Royale on Play Games or reading John Grisham’s latest on Play Books, Google Play is your home for the best apps, games and digital entertainment. Since launching Google Play four years ago, we’ve always had dedicated apps in addition to the Google Play store. Today, all our icons are getting an update to provide a consistent look across the entire family of Play apps.

What are your thoughts on the new redesigns compared to the previous renditions below? 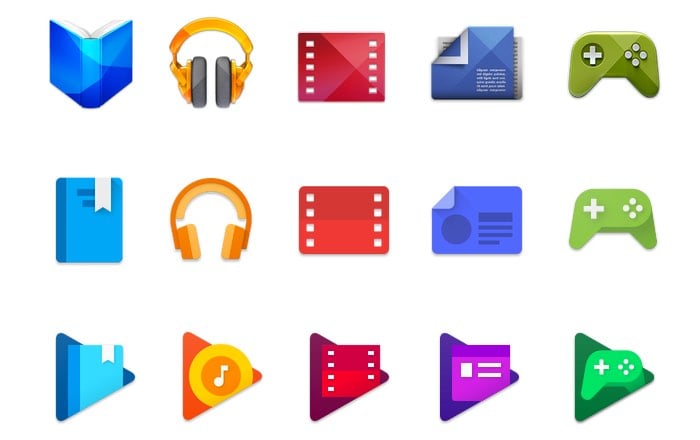