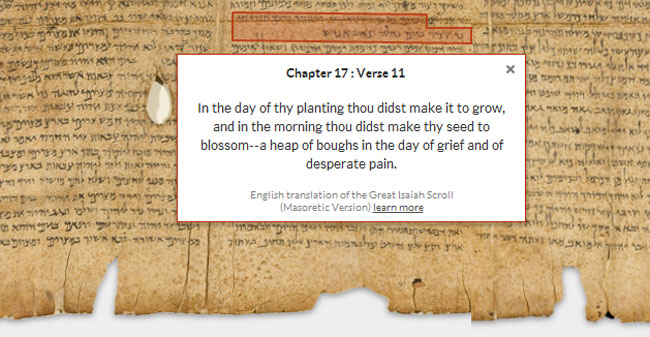 The scrolls were hidden until 1947 when a shepherd tossed a rock into the cave and discovered the scrolls. The scrolls have been on display at the Shrine of the Book at The Israel Museum, Jerusalem since 1965. The project with the museum and Google has used high-resolution digitized photos of the scrolls that were taken by Ardon Bar-Hama.

The images are up to 1200MP and are detailed enough to allow the user to zoom in and see what the animal skin parchment the scrolls were written on looks like. The Great Isaiah Scroll is digitized and the Hebrew text can be read in English when highlighted.