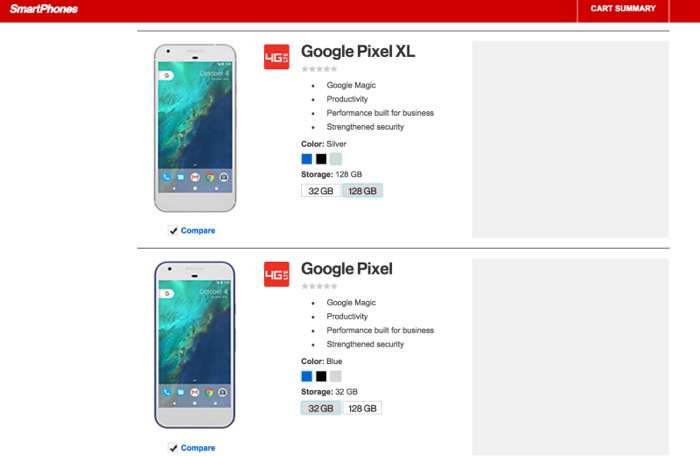 Yesterday the new Google Pixel and Pixel XL smartphones were list on the website of the Carphone Warehouse and now the handsets have appeared on Verizon’s website.

Verizon Wireless listed the Google Pixel smartphones on the Verizon Enterprises site and the listing confirms some more details about the handset.

We now know that there will be two storage options on the Pixel and Pixel XL, 32GB and 128GB, there will also be three color choices, blue, black and silver.

What is interesting is that both handsets are listed with something called Google Magic, as yet there are no details on what this is. We will have more details about these two new smartphones from Google when they are made official at Google’s press event later today.