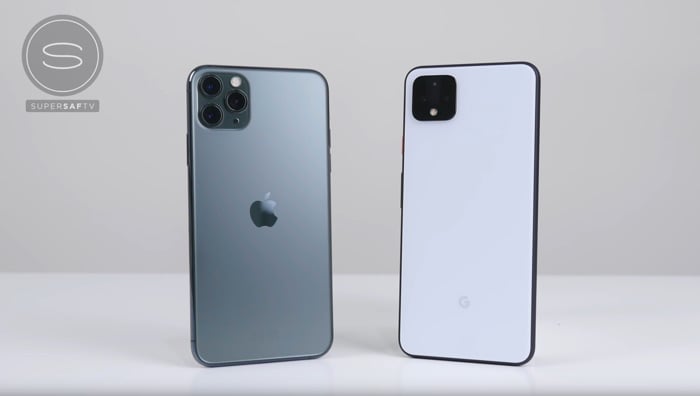 Google recently launched their new Pixel 4 smartphones and now the handset goes up against Apple’s iPhone in a new camera test of the Google Pixel 4 XL camera vs iPhone 11 Pro Max camera.

The video below from SuperSaf which also features Marques Brownlee give us a look at the cameras on both handsets and their features, which one will come out on top.

It is interesting to see how the cameras on the two handsets compare, Apple’s iPhone has three rear cameras and the Pixel 4 has two rear cameras.

Both devices have great cameras for shooting pictures and there is really not much between the two devices, overall it looks like the iPhone may be a better overall device for photos and videos.