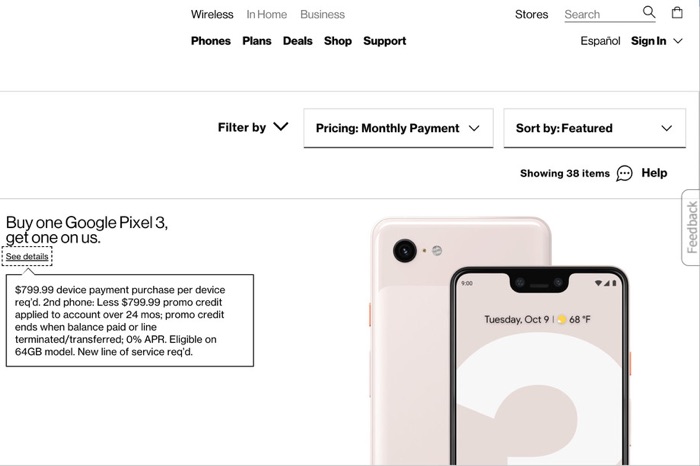 Everything about the new Google Pixel 3 and Pixel 3 XL smartphones has been leaked over the last week, now we have some details about the pricing on the handsets.

Verizon Wireless now has a promotional page for the new Pixel 3 and Pixel 3 XL handsets, even before they have been made official and this has revealed more details about the handsets.

The Google Pixel 3 will apparently start at $799.99, this is for the 64GB model of the handset. If this pricing is correct then the new Pixel 3 will cost $150 more than the Pixel 2 did when it launched last year.

This pricing appears to be for the Pixel 3, so we presume the Pixel 3 XL would be more expensive again, possibly $899.It looks like Verizon will be offering a buy one get one free deal on the new Pixel smartphones.

We will have more details about the new Pixel 3 and Pixel 3XL smartphones when they are made official later today.