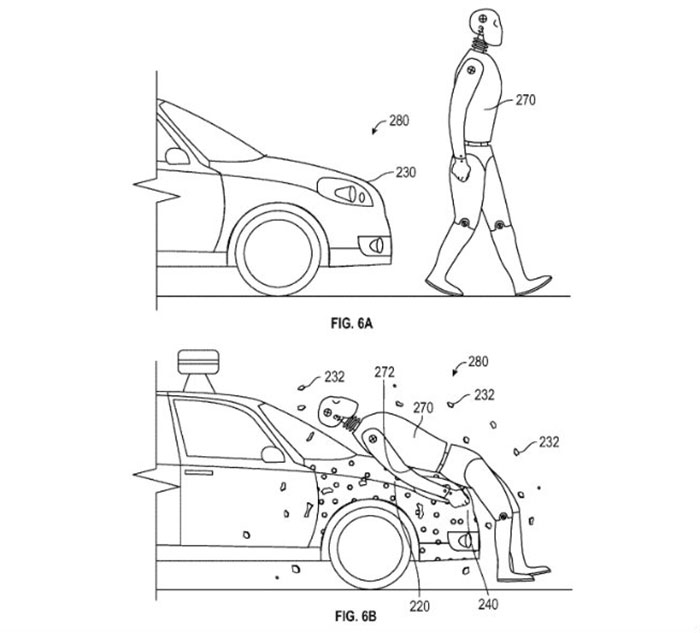 The patent outlines a special hood that has an egg shell-like coating on it that cracks and releases glue if a pedestrian is stuck and thrown onto the hood. The glue would instantly grab the pedestrian and lock them to the hood to help reduce injury. Exactly how the pedestrian would be removed for medical assistance or to keep walking to work is unknown.

We have no idea if the tech in the patent app will ever be used, it seems a bit farfetched. Anything that can help prevent injuries in a vehicle-pedestrian accident would be welcome. Google admits that it may never use the tech as well. A Google spokeswoman said, “We hold patents on a variety of ideas,” she said. “Some of those ideas later mature into real products and services, some don’t.”