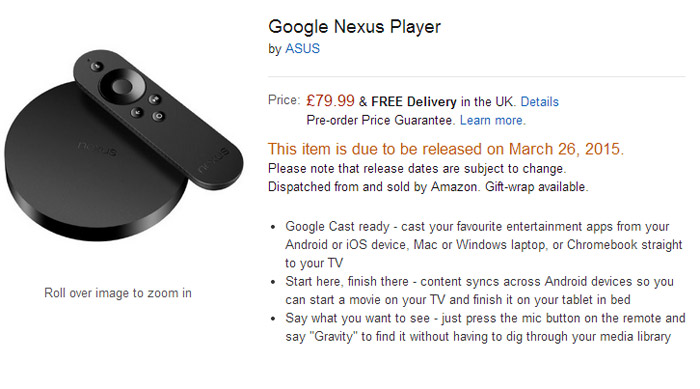 The Google Nexus Player has been available in the US, Canada, and Japan for a while now. If you are a fan of the Nexus Player in the UK who has been waiting to get hands on the device, your wait will end this week. Amazon UK has listed the device for pre-order at a price of £79.99 and the shipping date is listed as March 26.

Hardware inside the round case includes 1GB of RAM and 8GB of integrated storage. That’s not a lot of storage for mobiles, but Google figures most of us will be streaming via the device from online sources. Google fits the Nexus TV with a 1.8GHz Intel Atom processor paired with PowerVR Series 6 graphics. The Nexus TV sells for $99 in the US.