As well as its new social networks and user interface enhancements for its Gmail and Calendar products Google has also rolled out a new physics based game to promote its Nexus S smartphone called Google Nexus Contraptions.

The objective of the new Google Nexus Contraptions game is to use rubber bands and propellors which you can use to guide Google application into funnels to help create a new Nexus S smartphone. 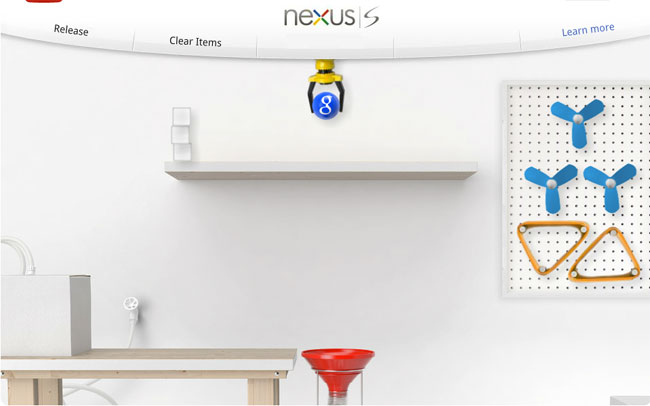