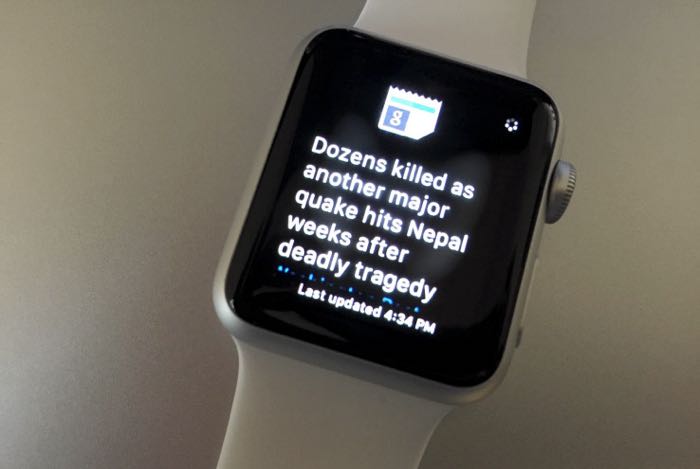 Google has launched its first app for the Apple Watch, Google has released a new version of its Google News & Weather app for iOS.

The new version of the Google News & Weather app for iOS now supports the Apple Watch, this is the first of Google’s apps that supports Apple’s new platform.

This means that we can expect Google to update more of their apps in the future for the Apple Watch, which should include apps like Gmail, Google Maps and more.

It will be interesting to see what Google Maps is like on the Apple Watch when it is released, as soon as we get some more details on what other apps Google will be updating for Apple’s platform, we will let you guys know.