Trading in Google shares was suspended for 2.5 hours after the Googles third-quarter results had been filed early by RR Donnelley, without Google’s authorisation. 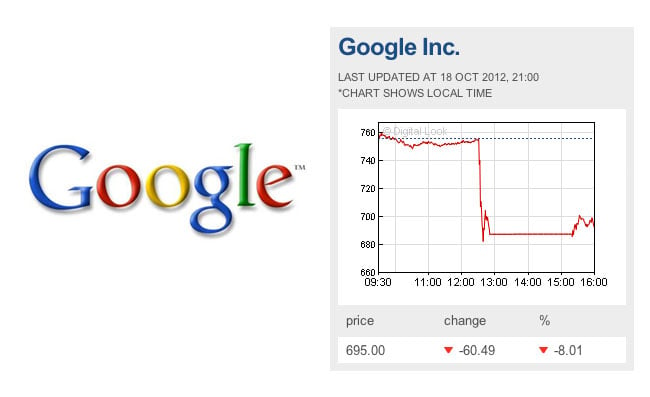 In a statement released by Google they explained that ” RR Donnelley, the financial printer, informed us that they had filed our draft 8K earnings statement without authorisation.”

“Largely because it doesn’t give Google the opportunity to explain the figures or manage market expectations. In normal circumstances, earnings reports come with a whole series of conference calls and briefings between the firm’s management and investors, traders and journalists. Without the briefings, the numbers are left to speak for themselves.”