Google has this week rolled out a new update to its Google Keep note taking service which has been designed to compete with the likes of Evernote.

The latest update to be released by Google for Google Keep brings with it a new enhanced search facility that is capable of searching text in photos that have been uploaded to the services storage. 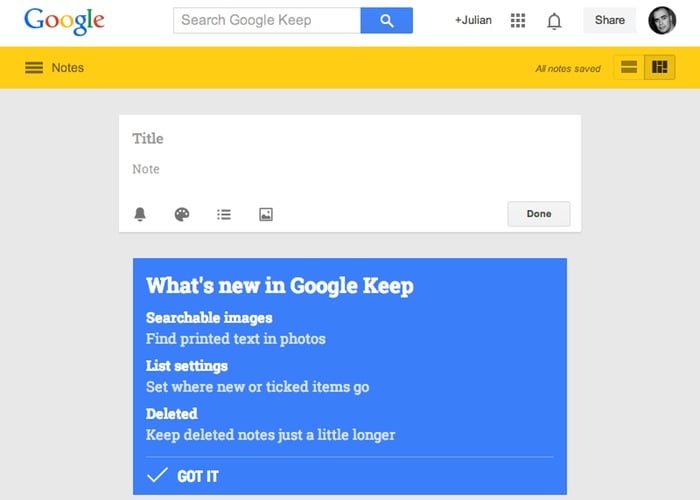 In comparison Evernote has had this facility for quite some time and at the moment Google is playing catch-up to compete directly with the popular note taking and archiving cloud storage service that is offered by Evernote online and through its various desktop and mobile applications.

Also included in the latest Google Keep update is the ability to tweak how lists are handled as well as a couple of tweaks to the styling and layout of the service. To check out all the new features jump over to the Google Keep website after you have logged in to your Google account.