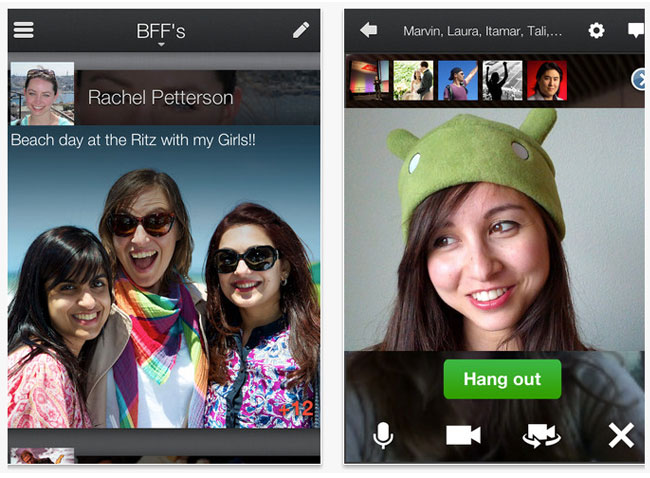 Other new additions to the Google+ iPhone include crisper fonts, larger profile pics and a more intuitive home-screen, allowing you to navigate the app with ease. Other enhancements have also been added to make the newly updated app run quicker and be more responsive. Google Senior Vice President Vic Gundotra explains:

“Sharing is deeply sensory. From cooking a favorite meal to getting together with friends, it’s the smells and the stories and the smiles that make human connections so essential. With Google+ we want to extend these moments online, so it’s only right to focus on the most personal of personal computers: your mobile phone.

To be clear, we’re not interested in a mobile or social experience that’s just smaller. We’re embracing the sensor-rich smartphone (with its touchable screen and high-density display), and transforming Google+ into something more intimate, and more expressive. Today’s new iPhone app is an important step in this direction—toward a simpler, more beautiful Google.”

If you haven’t already downloaded the newly updated Google+ iPhone application, it now available for free from the iTunes App Store. For more information on the new re-design jump over to the Google Blog post.