Following on from the news last week that the Google Ingress game offering augmented reality fun and gameplay is now available to download from the Google Play Store.

Google has this week announced that the Google Ingress game will open to all Android users on December 14, 2013. Previously the augmented reality game has been under test by Google employees for the last 6 months and was originally codenamed “ Nemesis”. Watch the video after the jump to learn more about the Google Ingress game and see it in action. 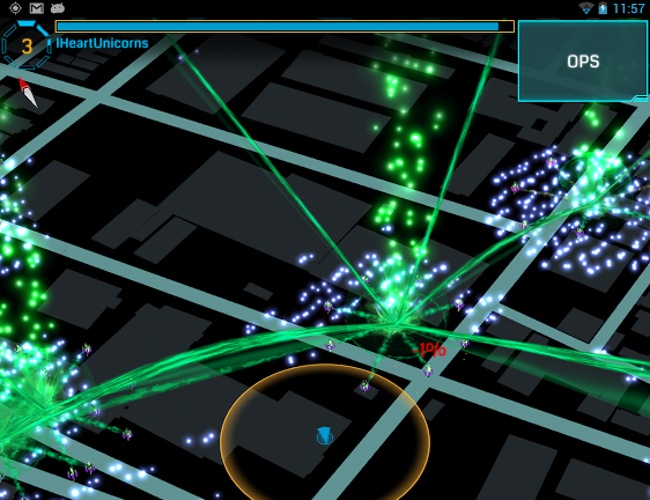 The idea behind the Google Ingress game is to get people out in the physical world, both for physical activity and to see their surroundings in a new way. Explains former Google director of geo John Hanke who now heads up the development of the new Google Ingress game as a start-up team within the walls of Google. Hanke explains:

“The concept is something like World of Warcraft, where everyone in the world is playing the same game,” . Players are on one of two teams: “The Enlightened,” who embrace the power, or “The Resistance,” who fight the power. Anyone can play from anywhere in the world, though in more densely played areas there will be more local competition for resources.”

The new Google Ingress game is now available to download from the Google Play Store for free.