If you have been wondering what goes into a new Google Glass device you might be pleased to learn that the Catwig website has performed a complete Google Glass teardown revealing its inner workings to the world.

The detailed Google Glass teardown revealed that Google had equipped their Google Glass eyewear with a battery offering a capacity of just 570mAh. 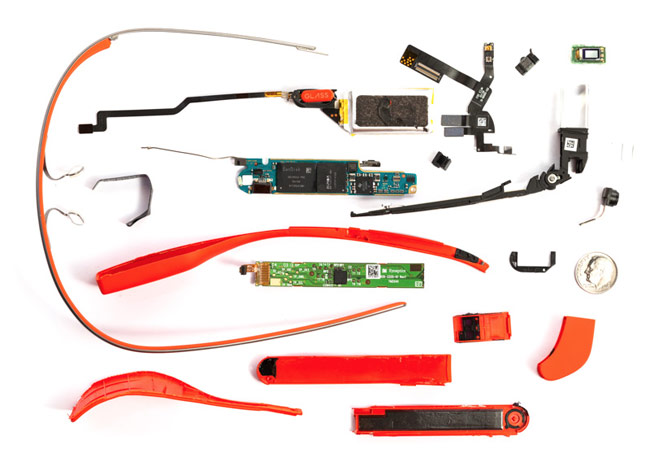 As you can see in the image above the team over at Catwig dismantled the Google Glass eyewear, revealing all its inner workings even the down to the smallest which are no bigger than the US dime coin. The Catwig Team explained:

“We eagerly brought Glass back to the lab to begin the dissection. Speculation reigned: what if the entire body of Glass is potted with epoxy requiring strong solvents to access? Which part is the battery in? How hackable is this thing? Where are the sensors? Any extra hardware features yet to be unlocked by future software updates? But first, where to even begin opening it? With no idea of what lay ahead, we started by removing the titanium frame from the pod that holds all the good stuff.”

For more information on the Google Glass teardown jump over to the Catwig website for a detailed run through of all the devices components and how they fit together.