Google has just unveiled a wealth of new features that its rolling out to its Google Glass eyewear to add Play Music support and also a new set of stereo headphones that will be available to purchase by the end of the month for $85.

The new Play Music features that Google will be rolling out very shortly will include the ability to search for songs, listen to music and browns saved playlists. All of which will be able to be accessed whilst you are wearing the innovative Google Glass eyewear. 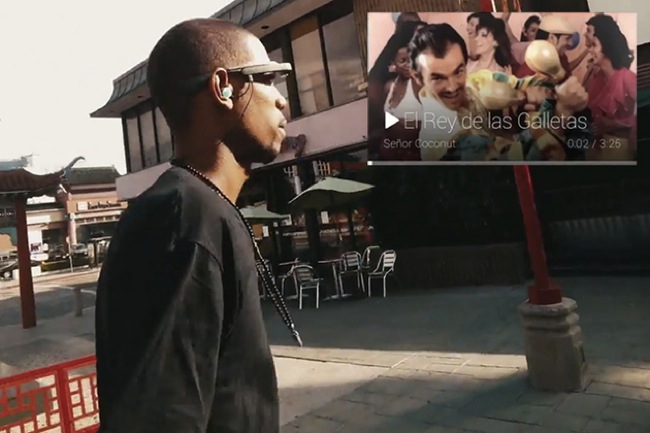 Now when Google Glass receives the update a new menu item will be added called “listen to” to its standard voice commands. That as its suggest will enable a user to select a song or artist and then stream that music through Play, Google’s media and apps hub. Ed Sanders, the director of marketing for Google Glass explained in a statement :

“With these new features, we’re now building a great music experience on Glass, whether you’re a classical music professor, an acclaimed sound engineer and hip-hop producer, or someone who wants to listen to their favorite tunes anytime, anywhere,”

Google Glass owners can link their Play accounts providing access to playlists and song recommendations based on what they have listened to in the past. Google also recently unveiled their new next generation Google Glass 2 eyewear which will be made available to Google Glass Explorers very soon.