Today Google’s eBookstore opened it doors for business in the UK after Google finished signing deals with major UK publishers including Hachette, Random House, Penguin and other publishers.Currently the digital ebook market is dominated by Amazon and B&N but now Google is looking to offer hundreds of thousands of titles for sale.

As in the US, Google eBookstore supports browsers,Android and Apple devices for buying and reading books. Together with E-reader devices, from manufacturers including Sony, Kobo and Elonex. 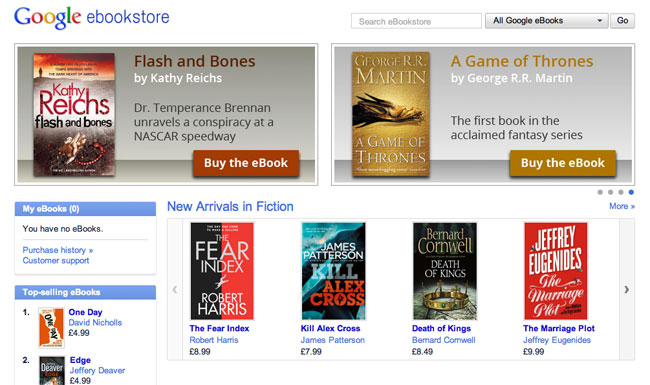 “With Google eBooks, readers can access their books across a variety of devices; publishers have an open platform for selling their works; and booksellers have an easy-to-implement way to sell digital books in addition to their existing offering.” – “Currently, Google eBooks are not compatible with Amazon Kindle devices, though we are open to supporting them in the future,”