Google Earth was first launched back in 2005, and Google has now announced that Google Earth has reached over 1 billion downloads around the world, and this number includes the mobile version, the desktop version, and the browser plug in version of Google Earth. 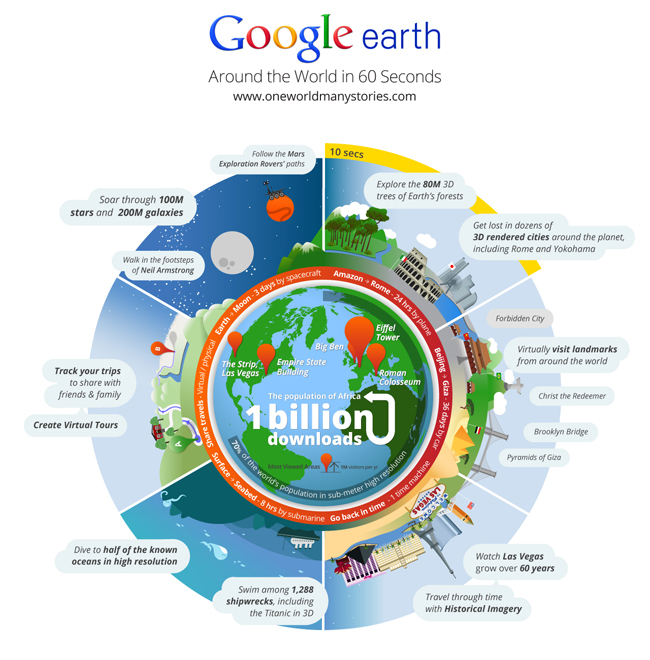 We’re proud of our one billion milestone, but we’re even more amazed at the way people have used Google Earth to explore the world. When we founded Keyhole, Inc. back in 2001 (the company was acquired by Google in 2004), we never imagined our geospatial technology would be used by people in so many unexpected ways. At www.OneWorldManyStories.com, we’ve collected stories from people all over the world who use Google Earth to follow their dreams, discover new and distant places, or make the world a better place.

You can find out more information about Google Earth over at the Google Lat long Blog.