Google has just released a free version of its Google Earth software for the iPhone which is now available to download at Apple’s App store. 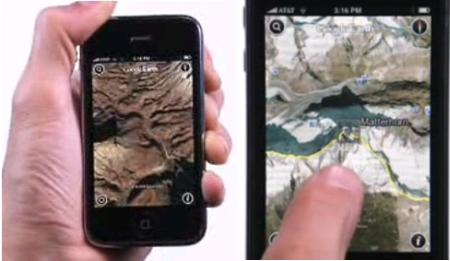 The Google earth app makes use of the iPhones multitouch and accelerometer features allowing you to simply tilt your iphone to move around the application. You can also pinch the screen to zoom into a location.

The current version supports only 18 languages, and Google plans to increase it to 22 in the near future

Some extra layers of information have been included in Google Earth in the form of Panoramio and Wikipedia which provide some high quality photos and information about areas you are viewing on the application.