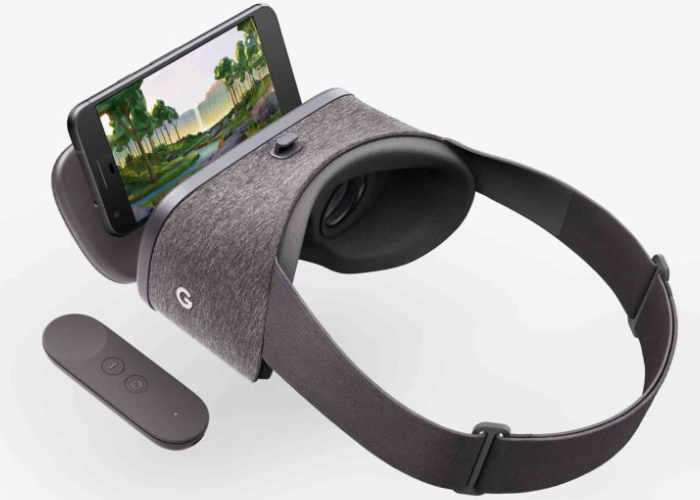 It is being rumoured this week that Google is preparing to unveil a new stand-alone virtual reality headset at the upcoming I/O 2017 conference pushing the technology further from its original Google cardboard VR headset which was launched as an affordable addition to your smartphone anyone could use to experience VR applications and 360° videos.

Variety is reporting that Google will unveil the new VR headset during the conference expanding on the Daydream VR headset pictured above which is now available to purchase and was unveiled during last year’s I/O event.

No details have been revealed as yet to pricing and availability but the sooner small details are announced by Google or leaked ahead of the Google I/O conference will keep you up-to-date as always.