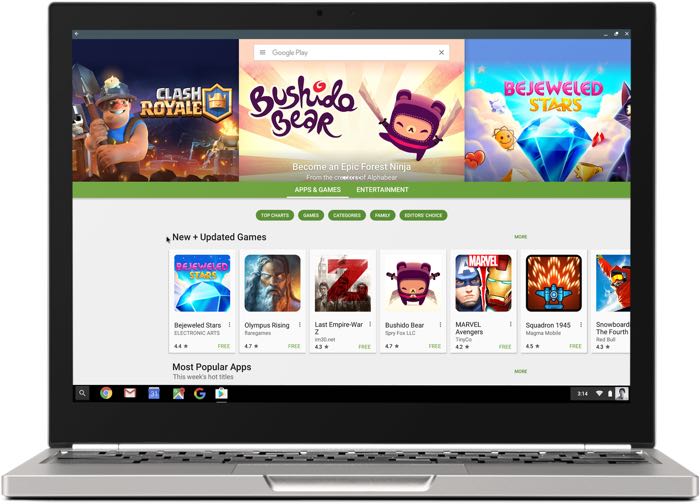 Yesterday we heard that the Google Play Store would be launching on Google’s Chrome OS devices and now the company has released more details.

Google also said that shipments of Chromebooks topped Macs in quarter one of 2016, making it is second most popular OS in the US.

So, we’re bringing Google Play (the most popular app store in the world) to Chromebooks. This means you’ll be able to download and use Android apps, so you can make a Skype call, work with Office files and be productive offline — or take a break with games like Minecraft, Hearthstone or Clash of Clans. The same apps that run on phones and tablets can now run on Chromebooks without compromising their speed, simplicity or security. This is good for users and great for developers – in addition to phones and tablets, they will be able to easily bring their apps to laptops. And all this is built on top of Chrome OS, so users will continue to have everything they love in their Chromebooks.

You can find out more details about the Google Play Store coming to Chrome OS at the link below,.