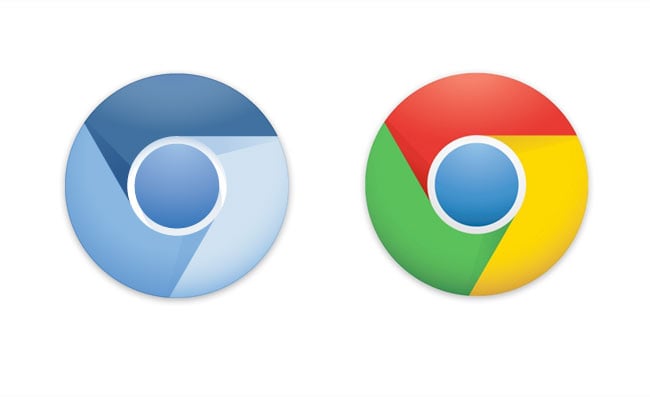 Comparing the new with the old logos pictured below, you can see how the new designs have lost their 3D appearance and are now a more stylised, cleaner, flattened version of the original. The images above and below, show the Google Chromium logo on the left and the Chrome logo on the right.

What do you think? Is it an improvement or did you prefer the 3D look? 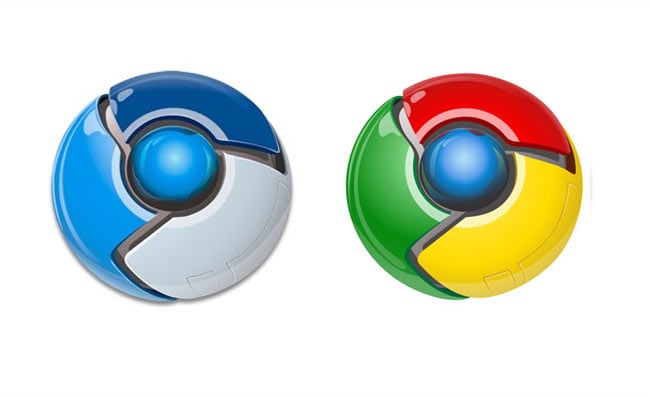